TOP COUNTRIES WITH MOST ADVANCED TECHNOLOGIES IN THE WORLD

Technological advancement in tourism industry has expanded immensely in the past decades. With the modern innovation, these countries help their people and at the same time, encourage visitors to enjoy more efficient infrastructure, healthcare and many more.
THE CHANGE GOES BEYOND IMPROVING PROCESSES OR THE TOURIST EXPERIENCE; IT ENTAILS TRANSFORMING THE TOURISM ITSELF
-Dept Director, ETI

We cannot deny the fact that the digital era has continuously shape and transform all sectors of the industry. Majority of the business has started to act and adapt quickly that corresponds to the demands of the consumer behaviors. By means of collaborating human connections and technology, businesses in the tourism sector can provide better service and at the same time, to operate their infrastructure smarter in encouraging more visitors.

Take a look at Luxury Explorers’ top picks for the most technologically advanced countries in the world:

Technologies appear to be leading shift in tourism, but tourism sectors in different countries should understand that the tourism experience requires to be at the heart of any technology application to provide suitable solutions to every consumer demands and profiles.

Are you ready to travel with our top pick destination? For queries, please send email to info@luxuryexplorersme.com. 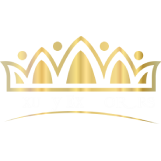